I'm currently investigating ways to combine my long-term practice as a visual artist with my writing, experimenting with hybrid forms that combine visual and conceptual elements from my art practice with texts that juggle with narrative structure and genre.

The central theme of my written and visual work is the possibility of sight, both physical and metaphorical: when we look, can we see? This question extends  from our apprehension of the visual images we’re flooded with on a day-to-day basis (with their claim to an objective visual truth), to the implications of deeply subjective personal experience, such as altered mental states or ecstatic mystical experience (with the subject’s claim to a truth beyond what can be physically seen). By extension, I'm interested in the possibility of knowledge from within a subjective body: what of the world can we objectively know? To what extent are we trapped in our own history and culture? Can I actually see something if I don't yet know its name? In this sense I'm as interested in the outer limits of sight as in the outer limits of language.

Mia Bailey is an artist and writer. She received an MFA in Fiction from the Iowa Writers' Workshop, where she was a Maytag Fellow, and the 2017-2018 recipient of the Richard E. Guthrie postgraduate Fellowship. In 2019, she was a Fellow at MacDowell. She holds a six-year graduate Fine Arts degree in painting from the State Academy of Fine Arts in Karlsruhe, Germany, and a B.A.hons in Comparative Religions (Asia, Africa, and the Middle East) from SOAS at the University of London. Her writing has been anthologized in Strangers in Paris: New Writing inspired by the City of Light (Tightrope Books, Canada 2011). Her visual art has been exhibited in Germany, Switzerland, Australia, and Korea, and she has received grants from the Stanley Thomas Johnson Foundation, the Cité des Arts Paris, the Kunststiftung Baden-Württemberg and the Audiovision and Multimedia Commission Basel, amongst others. She has taught writing at the University of Iowa and the Berlin Writers' Workshop, and her written work is represented by Gail Hochman of Brandt and Hochman New York. She is a member of the Künstlerbund Baden-Württemberg. Mia was born in Bangkok, grew up in Thailand, Australia, Canada, France, and Japan, and holds both Australian and German citizenship. 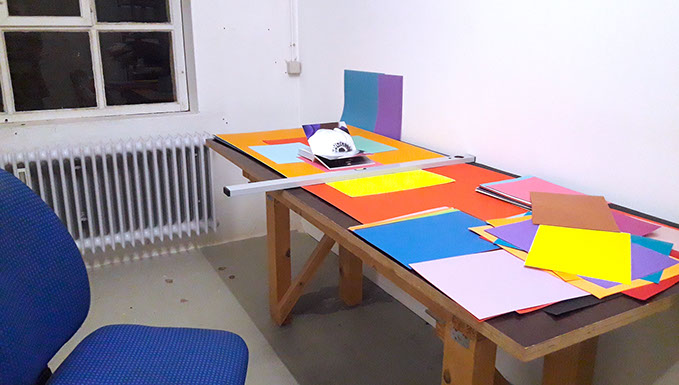 © texts resides with the authors

All rights reserved. The copyright for any material published on this website is reserved. Any duplication or use of objects such as images and texts is not permitted without permission of Mia Bailey.

Mia Bailey is not responsible for any contents linked or referred to from her website. The contents will not be checked and are subject to control and liability of the responsible provider.

The use of published postal addresses, telephone or fax numbers and email addresses of this website for marketing purposes is prohibited.